Walking through Tokyo’s urban patchwork with the eye of a postal worker on their delivery round, you suddenly realise that post boxes (aka mailboxes) abound. Some are in plain sight, and others are to be discovered. They come in a variety of models, depending - or not - on the architectural style and the age of the building. Sometimes, unique or unusual arrangements arise.
From these observations was born a small photo typology of post boxes gleaned in Chiyoda, the most central of Tokyo’s 23 special wards. 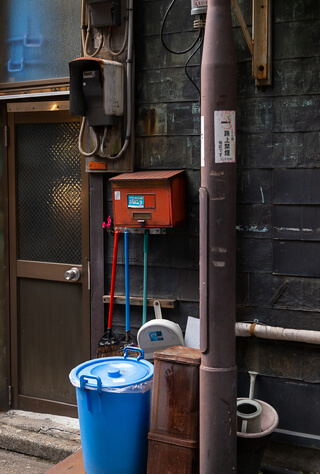 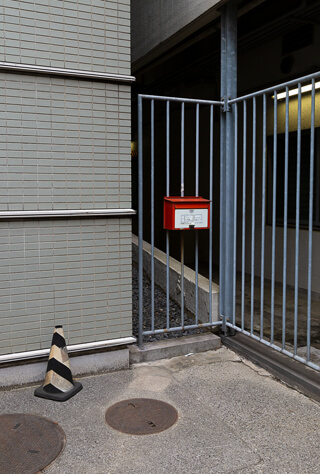 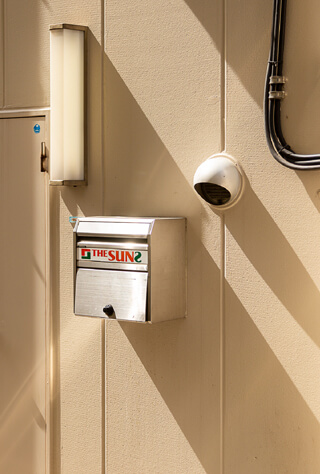 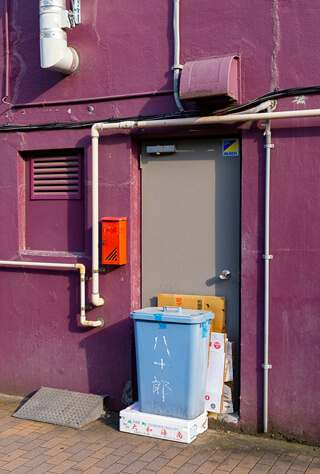 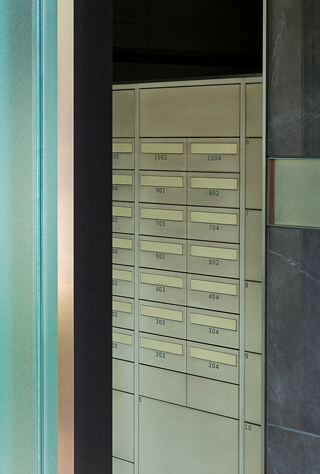 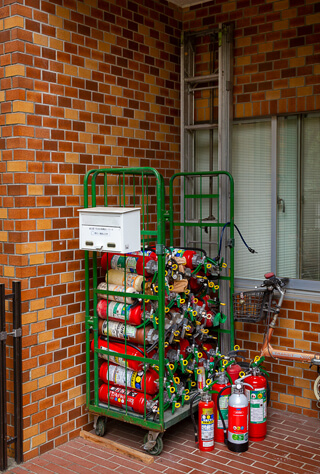 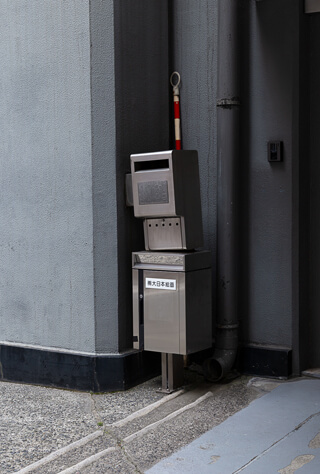 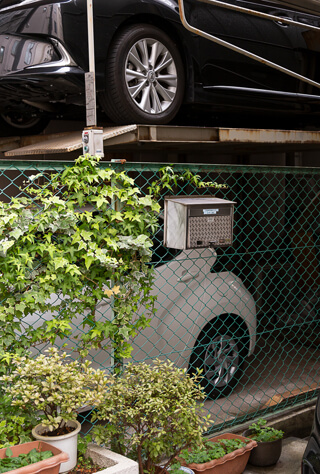 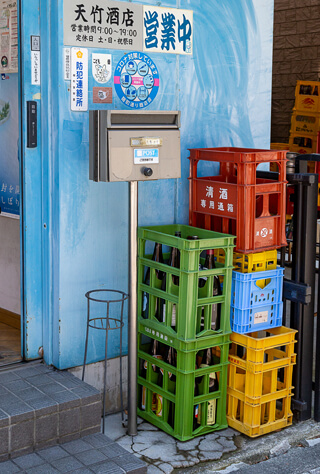 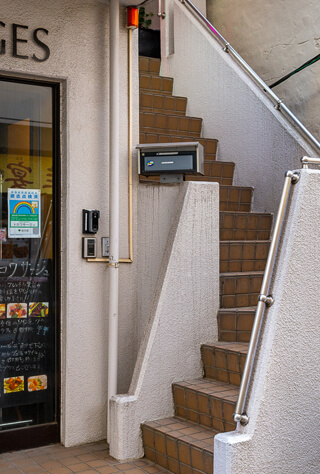 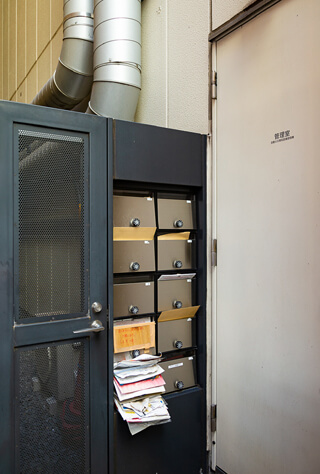 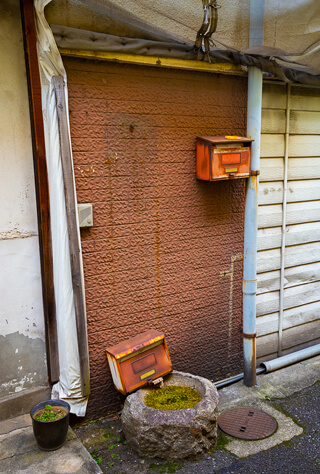 These photos have been gathered in a publication called "〒 YUBIN".
The 〒 sign, which can be read as “yubin mark”, is the symbol of the postal service (yubin) and zip code in Japan. It was designed in 1887 and originates from a stylised katakana character テ (te), the first syllable of the name of the Ministry of Communications at the time (逓信省 teishinsho). The name of the postal service has changed several times since then but the sign has remained.
On the cover of the book, a 1 yen stamp features Hisoka Maejima (1835-1919) who is considered as the father of the modern Japanese postal system.

"〒 YUBIN" is being published in a limited edition of 45 copies, with short texts in English, Japanese and French. The booklet consists of 36 postcards independently detachable, as an invitation to send post boxes to travel through the postal distribution system. 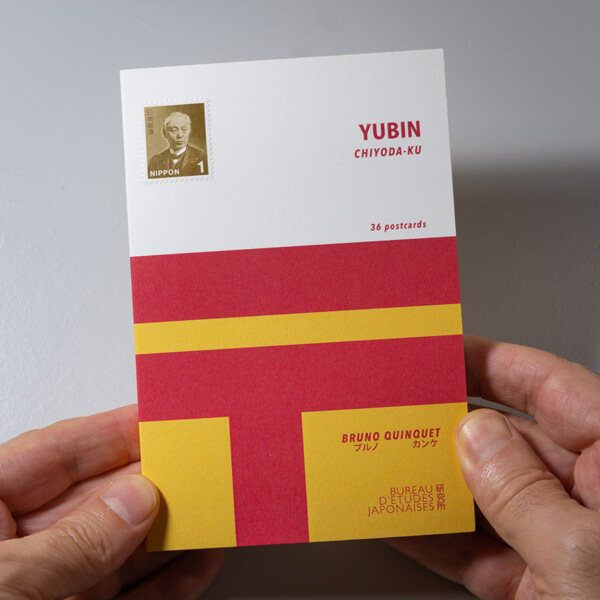 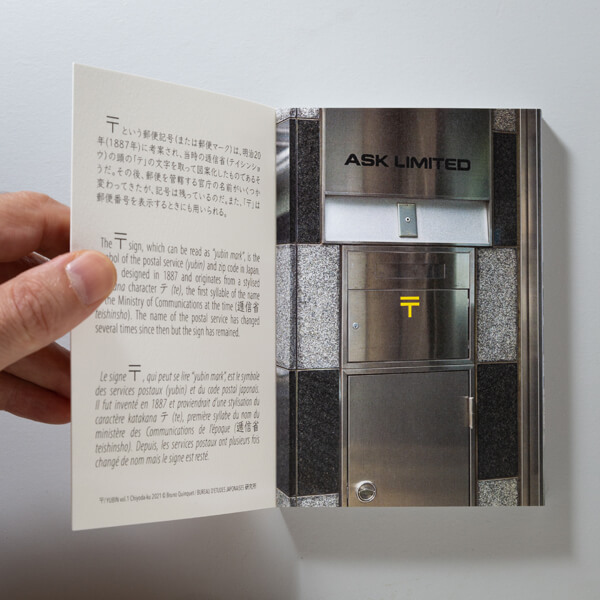 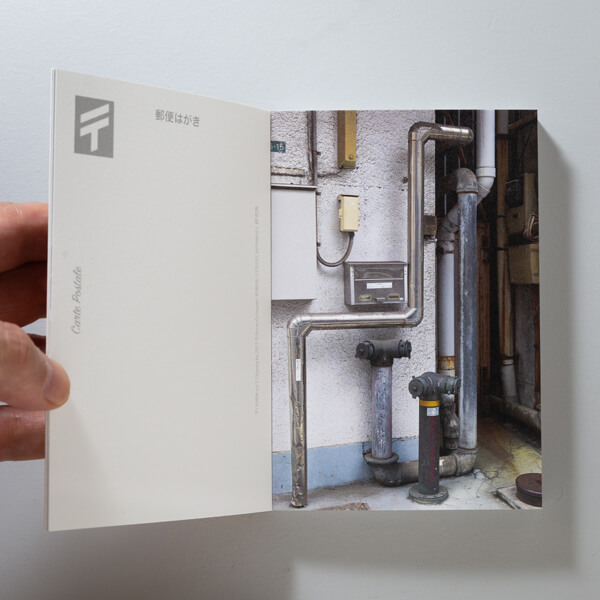 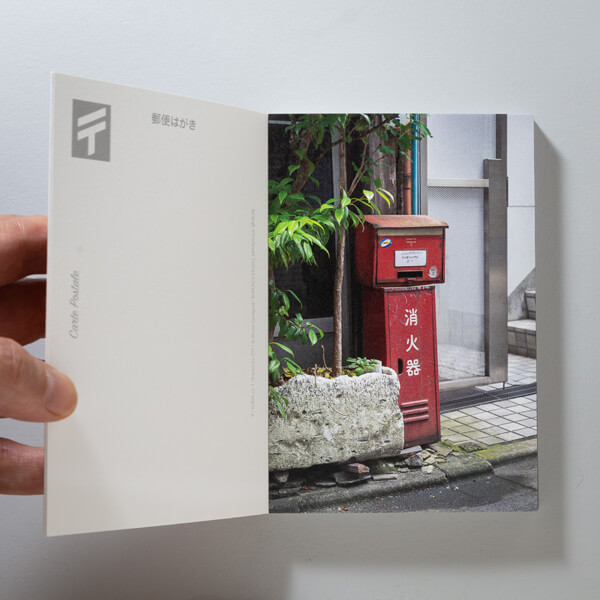 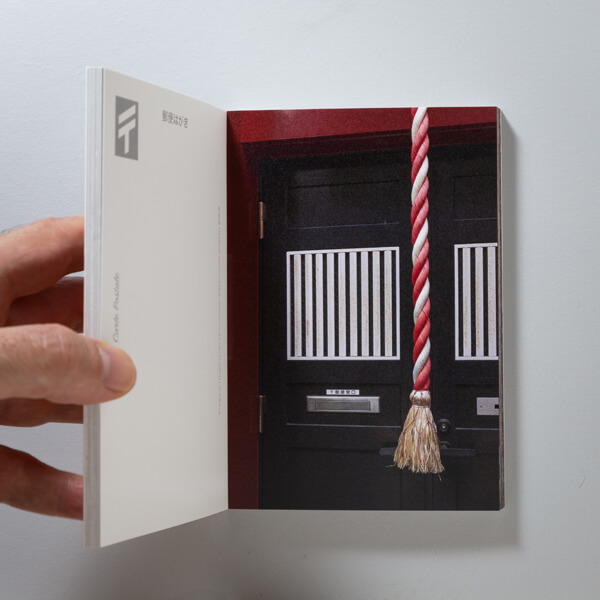 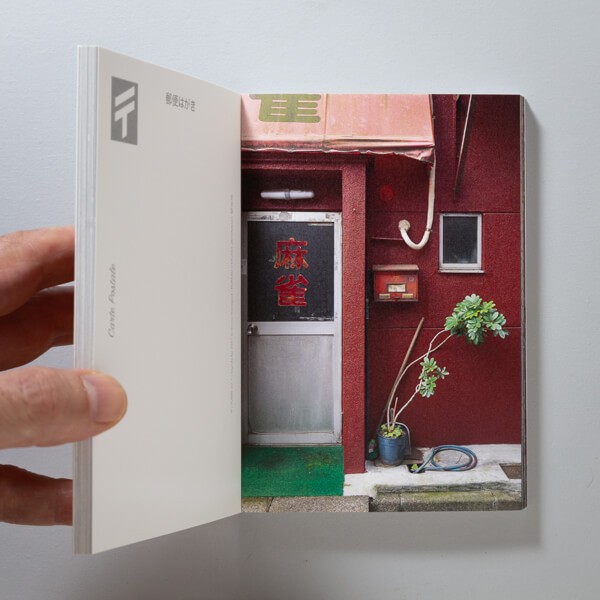 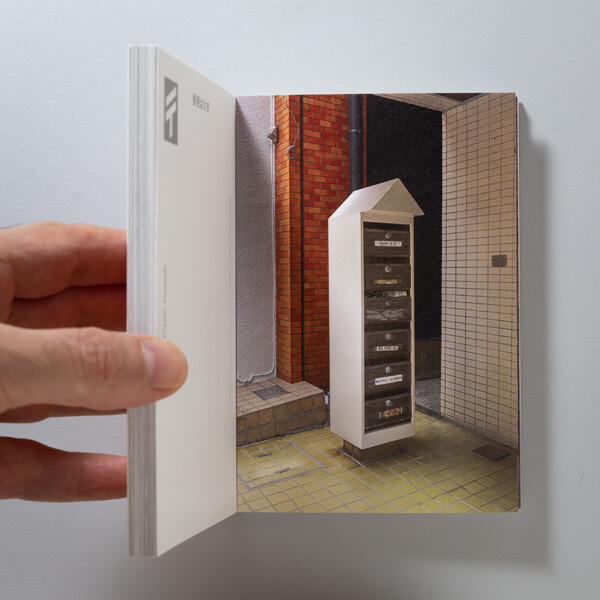 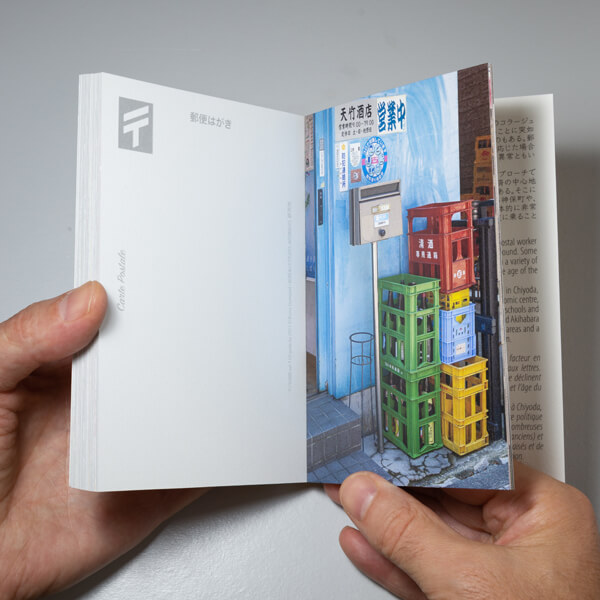 The books are sent from a Japan Post office, in a package that has been designed as part of the publication. It includes a small print in the form of a folded triptych of Japan Post related Chiyoda-ku street scenes. 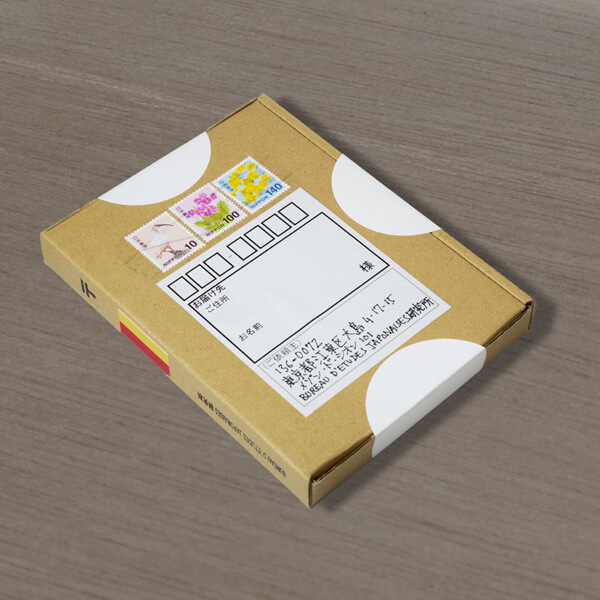 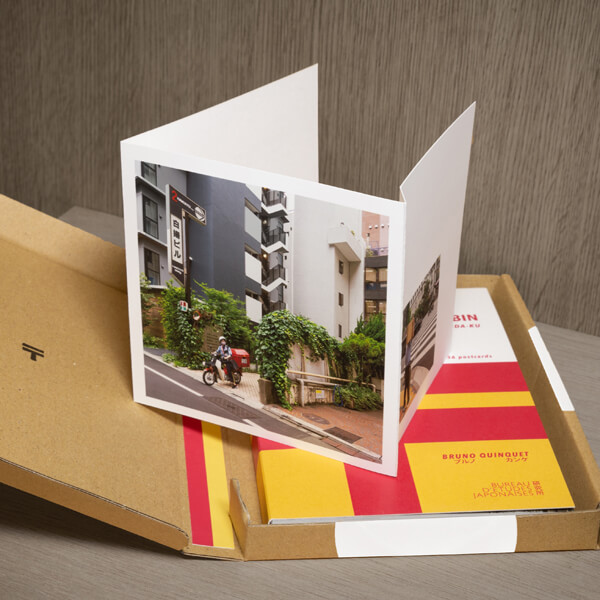 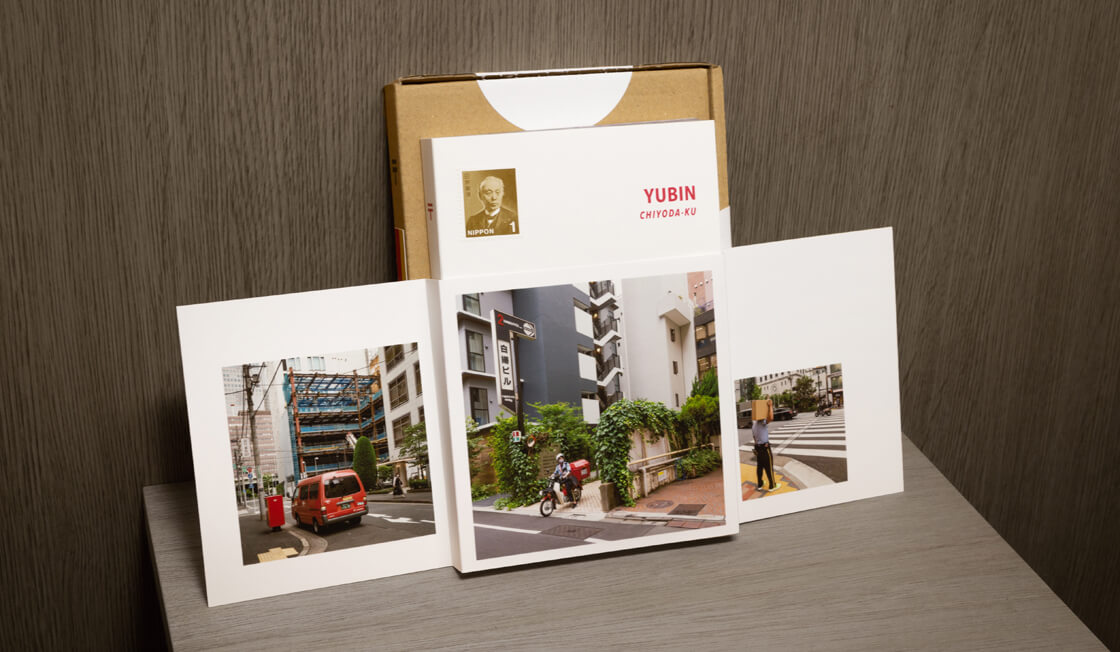 Because post boxes secretly dream of traveling the world just like mail does, people who acquired the publication are invited to send back a postcard to the Bureau d'Etudes Japonaises, making the work conceptually complete, connected and fun! These post boxes thank you!